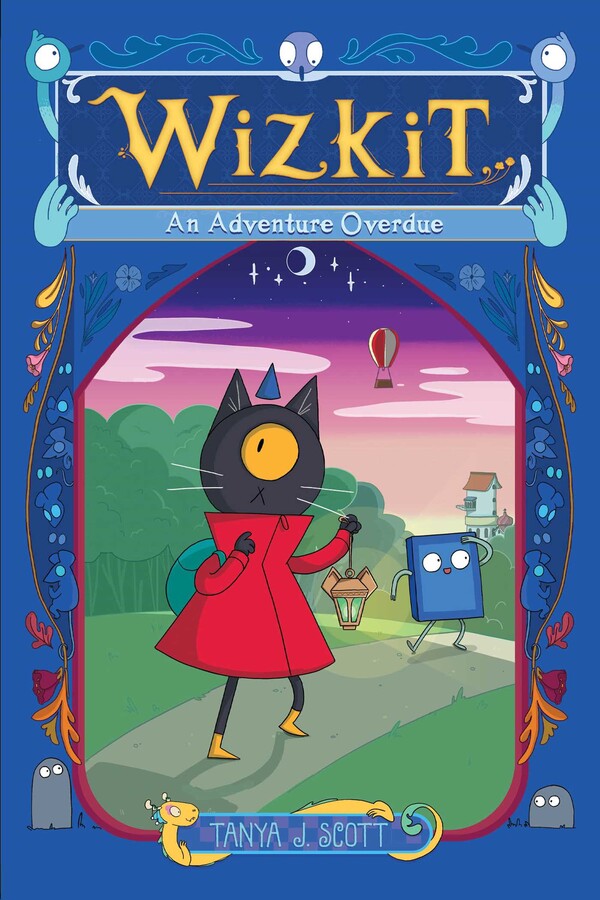 Wizkit is the first of two middle grade graphic novels I have written and illustration for Simon and Schuster USA. The first of which is due to be published in April 2023.

Hilda and the Troll meets The Okay Witch in this delightfully whimsical middle grade graphic novel about a magical cyclops cat on her first trip away from home who learns even the most ordinary journeys can be magical with the right company!

It’s a wild, enchanted, wonderful world out there, way beyond the fjord that a one-eyed cat named Wizkit calls home. But Wizkit wouldn’t know anything about that—as a Wizard’s apprentice, all her lessons are indoors, and she’s far too lazy to go out exploring. There’s no need to—she already knows enough spells to conjure up delicious snacks whenever she’s hungry!

But when an overdue library book literally cries out to be returned, Wizkit’s Teacher decides she must be the one to take it back. Reluctantly (and rather accidentally), the journey to the Library begins. With the annoyingly optimistic Book in tow, Wizkit sets off on an adventure that is full of strange characters with even stranger problems. Wizkit will soon find out that, with a little support and a new friendship, her own magical talents can be part of the solution.