Process - How to Animate

Deciding on which software to use was tricky.  At first, I thought Flash/Animate was a good idea- but then I remembered that I find drawing in Animate very annoying.  In the past I've done animation in Flash and cleaned it up in photoshop, you end up with some really nice results so that crossed my mind once again... though working full time would mean that technique would be very slow going.  Cel action was tempting- as I know this software very well- however, I like the freedom of animating and drawing frame by frame in some circumstances which is something it does not currently offer.  Then I remembered how much I wanted to learn toon boom.

Nothing too fancy, though it was a great intro into toon boom.  Since then, I've bought the license and completed a course at Sun & Moon Studios in Bristol.  Currently (Jan 2020) I'm rigging the main character in Toon Boom using nodes.  Sometimes I feel my brain melting, but I try to remember it's worthwhile.  Toon Boom will enable me to finish the film with a bit more speed than usual.  Although I'd love to take my time on it, I know that I have to be realistic about what I can achieve and how long I want to spend making this film.

So I thought it'd be a good idea just to show some visual development for my film.

I spend a lot of time working on other people's TV series and projects, which is lovely, but often means that my own work is neglected.  I have had time in the past to work on my own personal style, but I'd never been able to invest the time creating a film that I felt really represented my work.  When I started to think about the film I wanted to make, that was something that was key to me- I wanted something that showcased what I could do via art direction, so that was my priority. 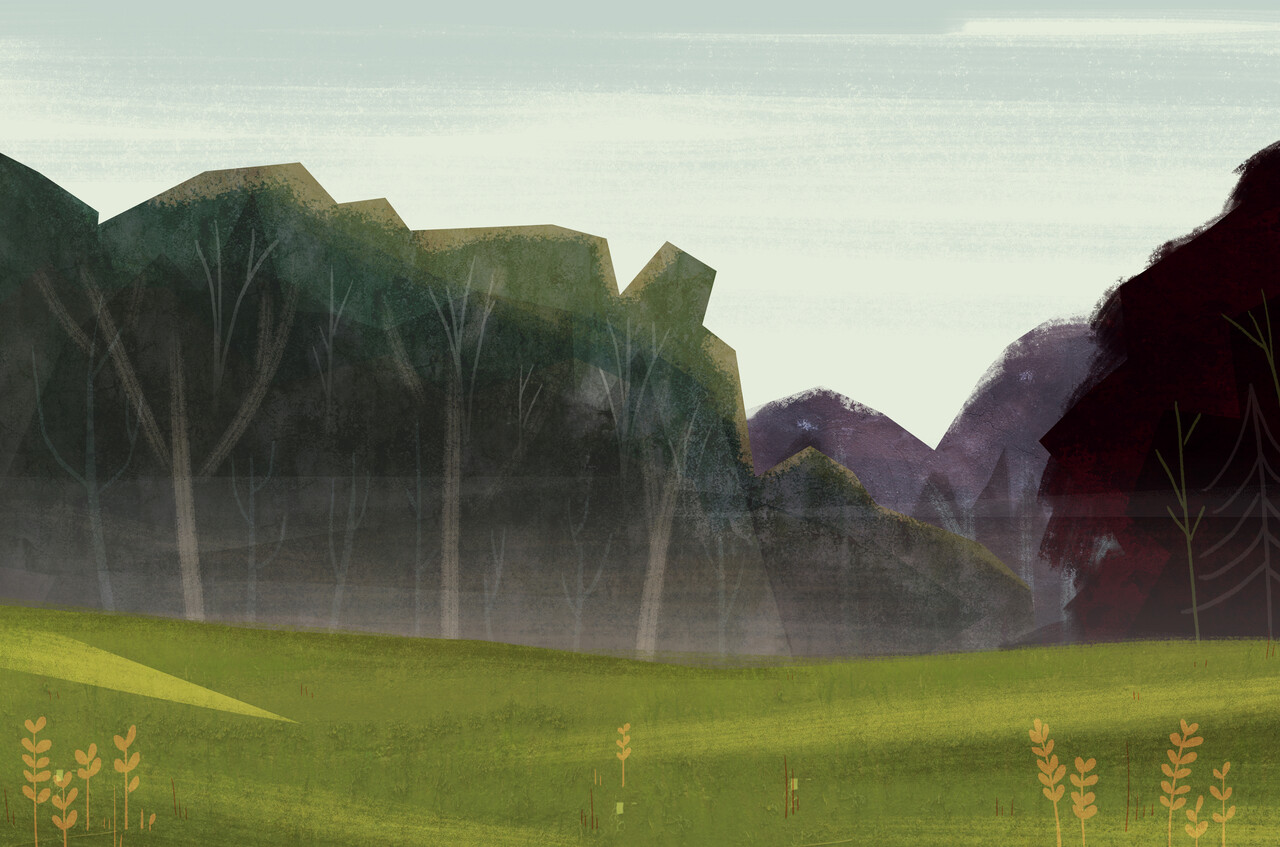 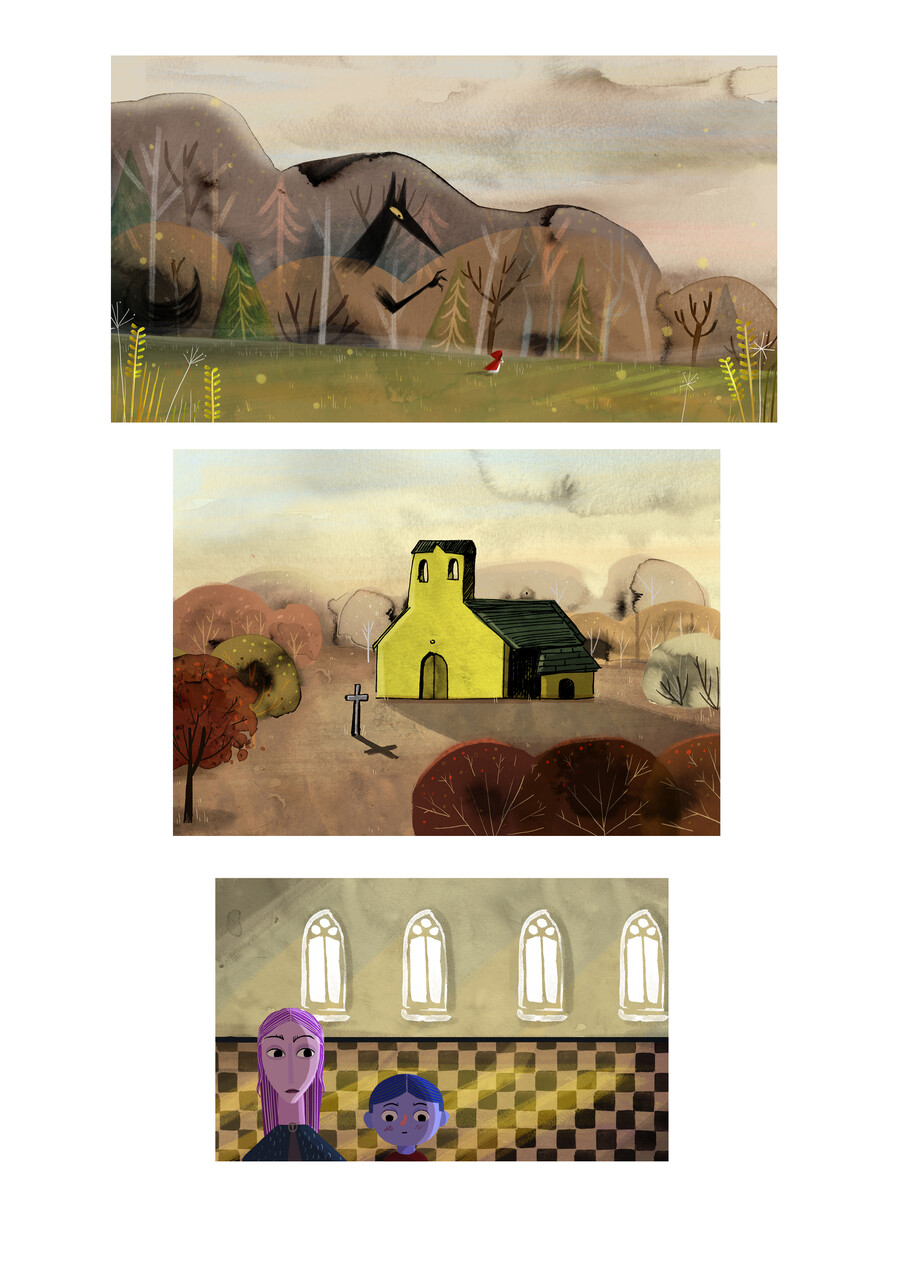 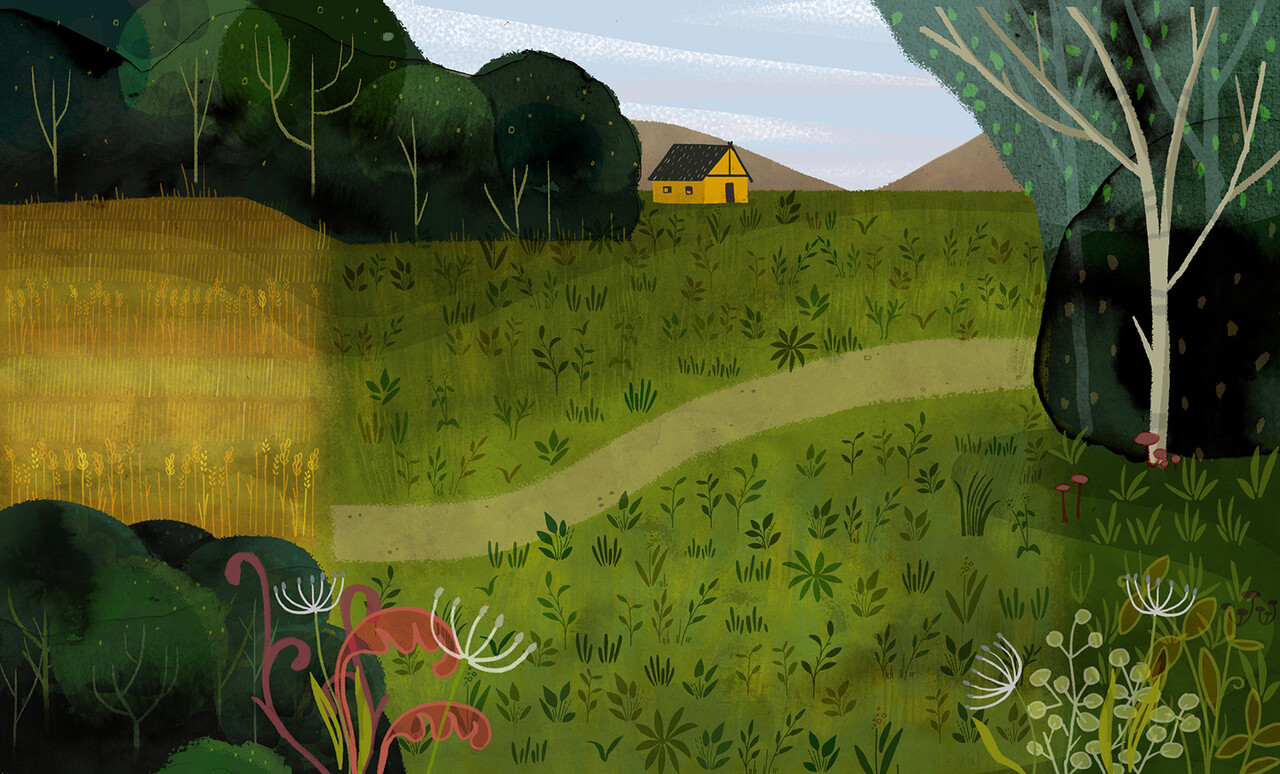 The film was initially a completely different idea that's been shelved (for now) because it became too long and complicated for me to make on my own. I was happy with the visual direction but I had to rethink my strategy and make sure I was working towards something that could be completed.  So I thought again about what I liked to do and wanted to do, what I was passionate about.

I thought to myself "what do I love to draw?" And I remembered a character from an animation test I created a few years back.  I love to draw animals (especially wolves and cats) and I gravitated towards this kind of animation.  Plus it got a great response from colleagues and friends!

To be honest, after that the story went in a pretty long-winded direction.  It was more about "the call to nature", one wolf stuck in a loop in the city and another calling to it from the forest.  Here are some concept and part of the colour script for that story: 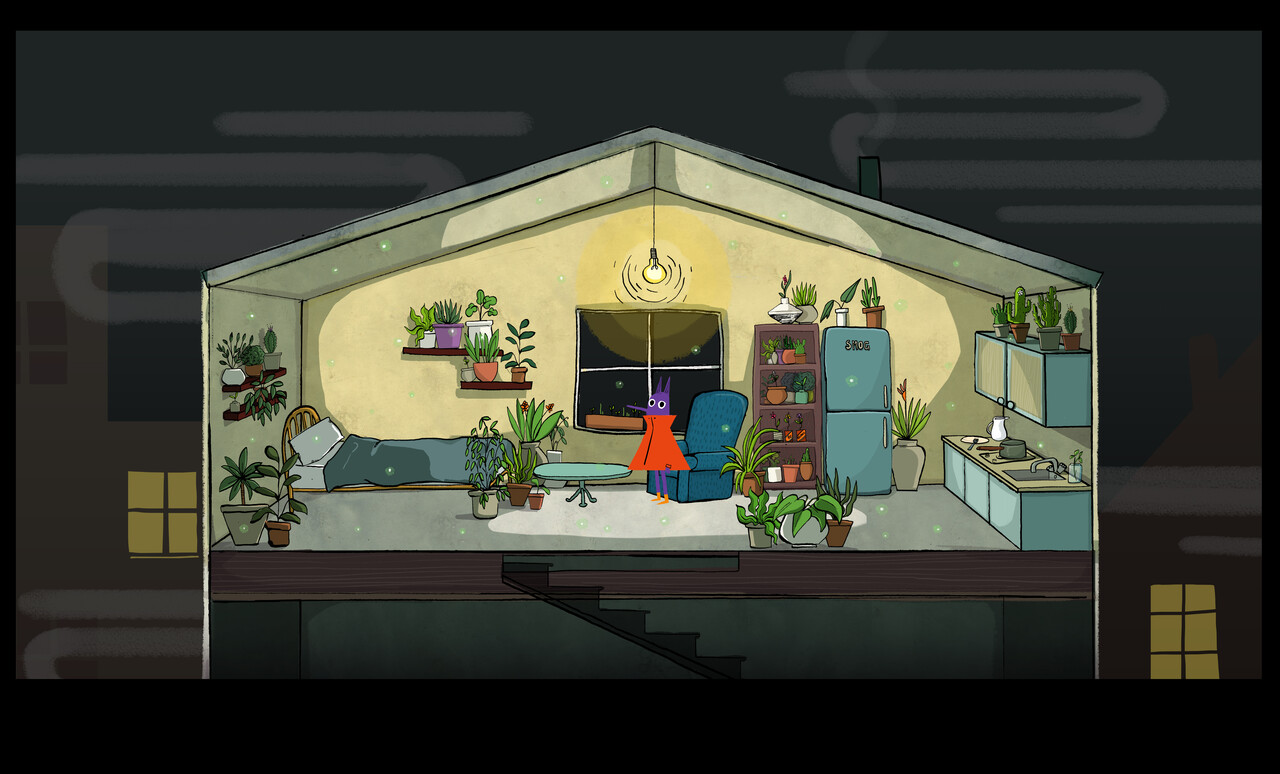 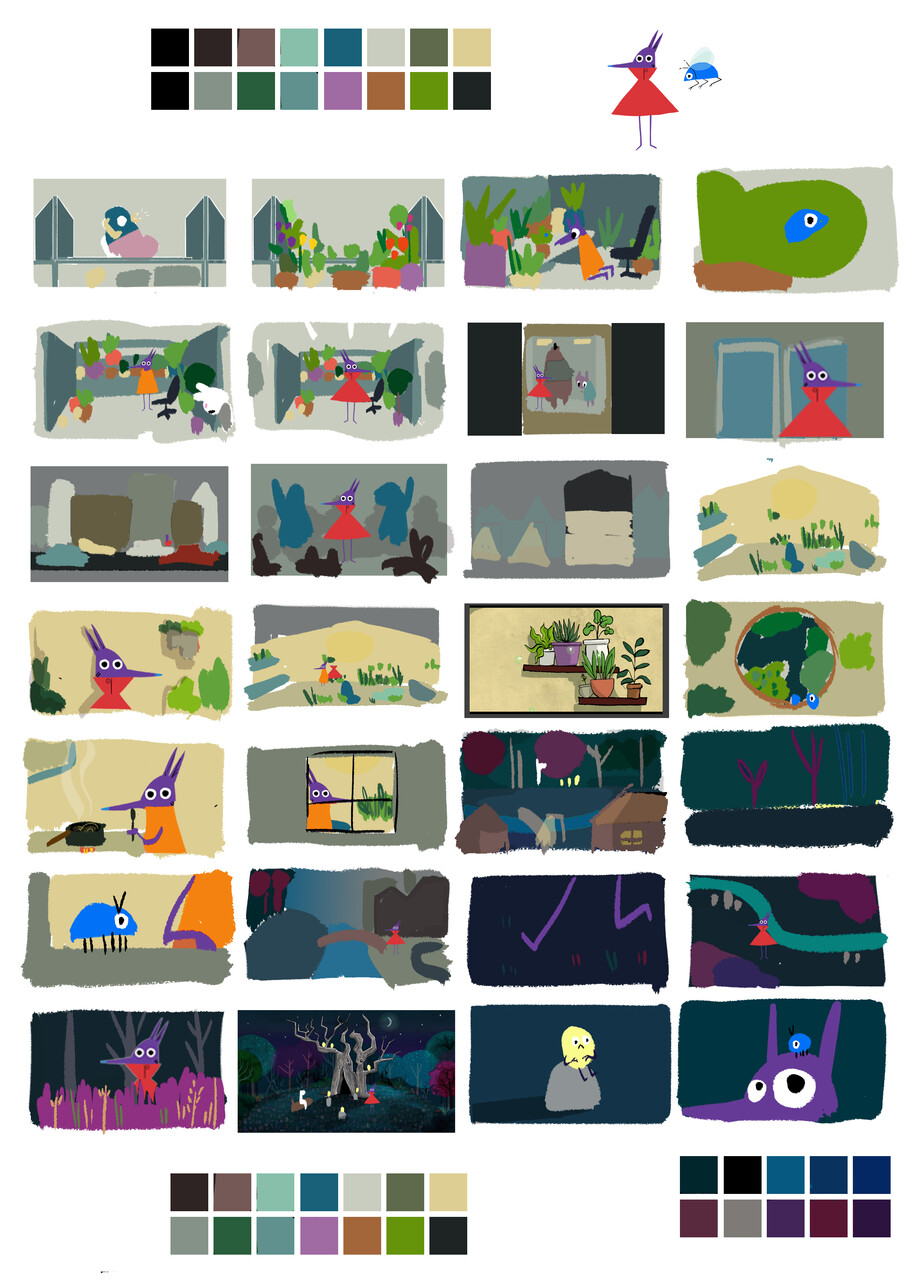 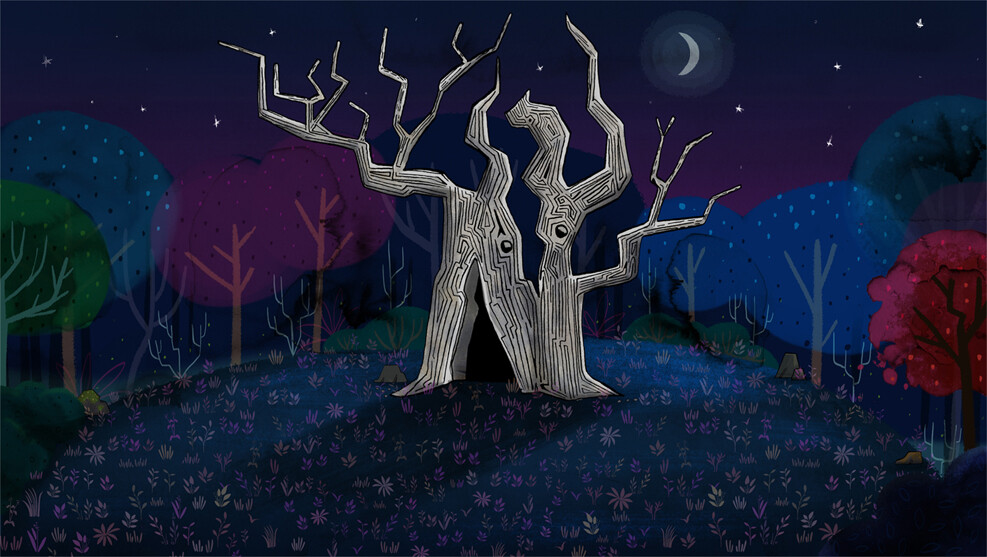 For the most part, it was working but once again I realized it was far too much work for me. While trying to fix the story, I happened to read this article by Chris Packham, and it made me really think about how we treat natural spaces. And quite quickly (I think in a day) I had thumbnailed the entire story! 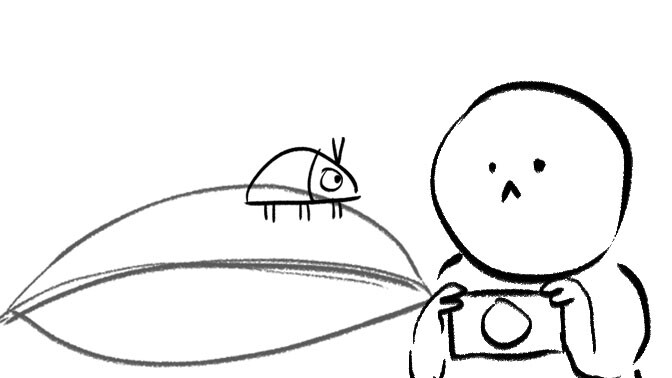 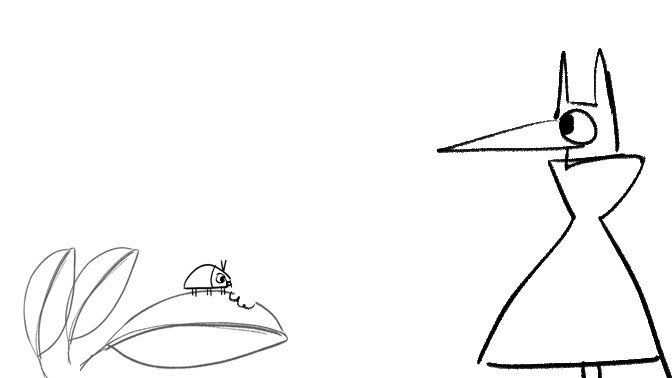 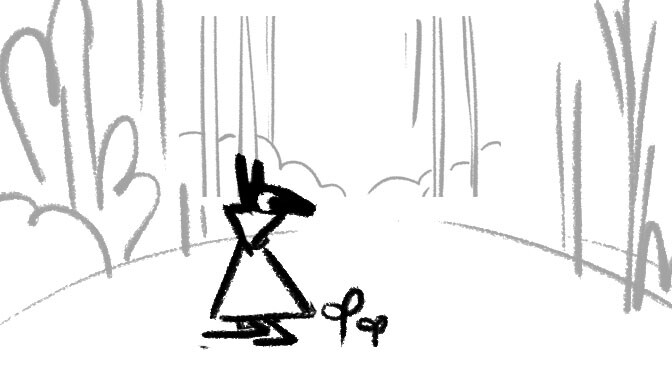 It isn't a highly complex film, because I'm making it on my own I wanted to really focus on design and style. And despite what other people have said about it (I'll do another post about that sometime in the future!), to me it was always about what was important to me because it was my time being spent on it.  But all the development really helped me pin down what I wanted to do and I had a much clearer idea of how I wanted my film to look.  Here's some of the final backgrounds: 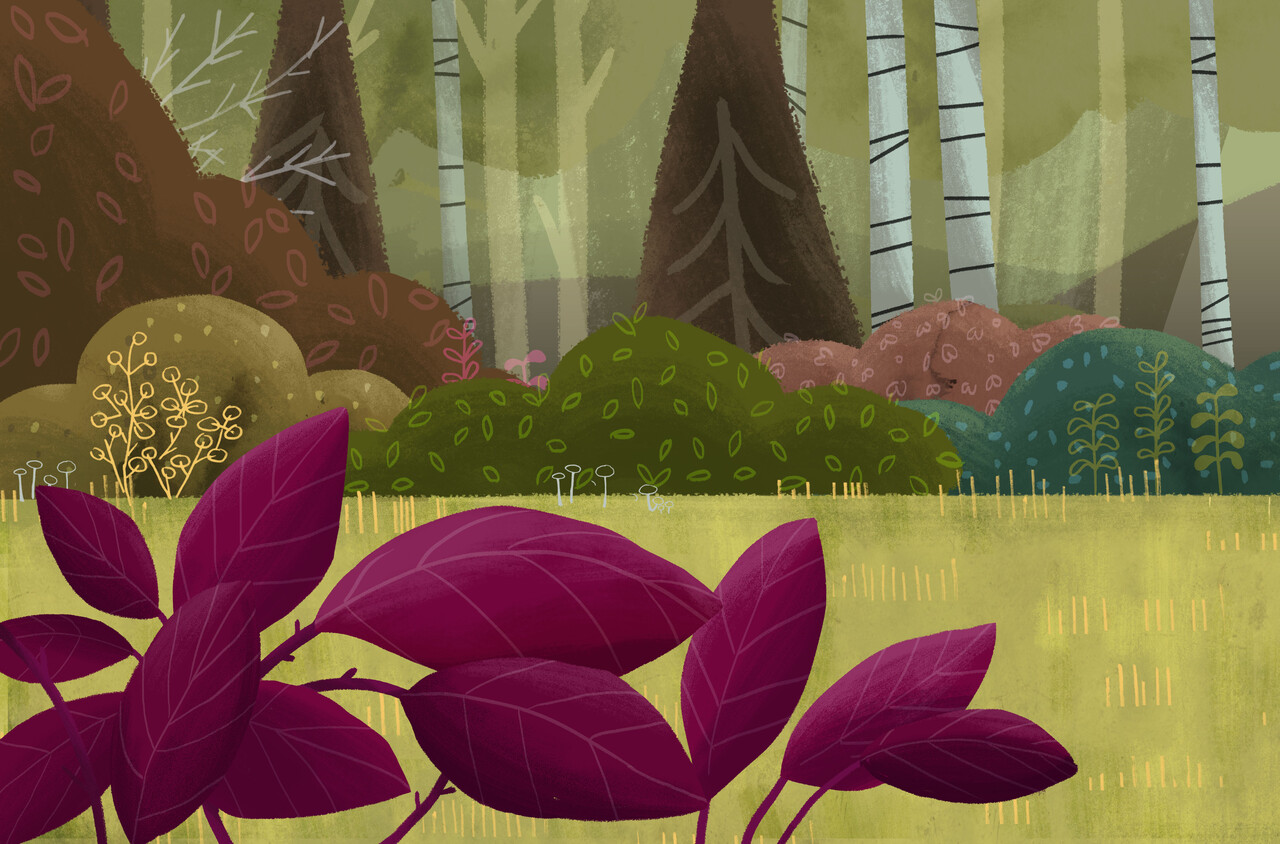 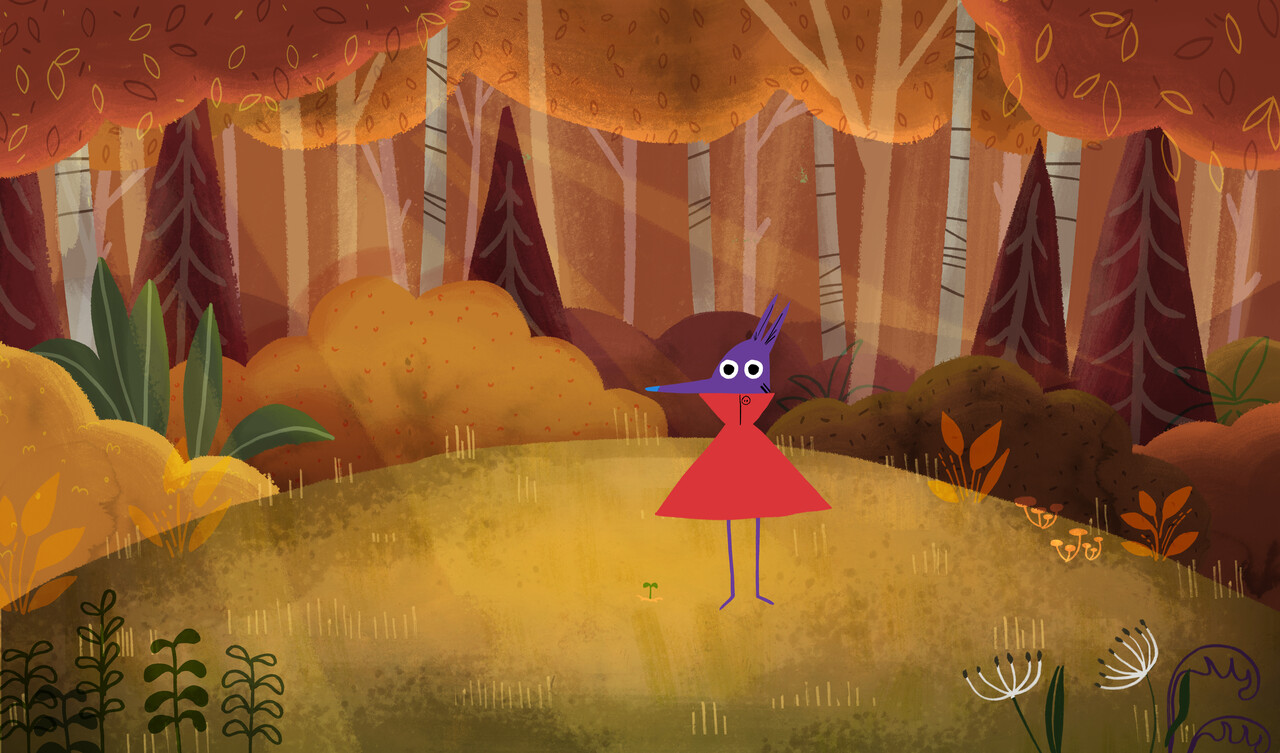 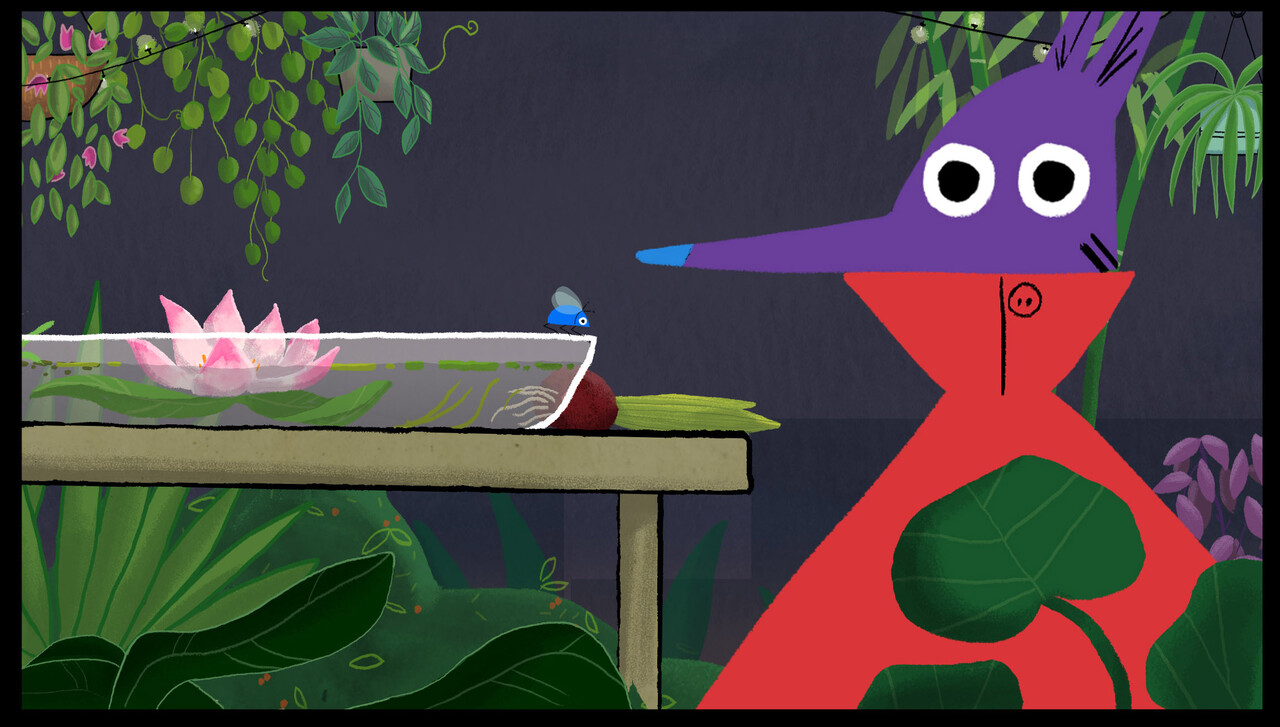 Hello! Is it me you're looking for?

I'm new to this blogging business.  Well, perhaps not new. I think I had a blog over 10 years ago when I was at university and I thought it was key to me getting a foot in the animation door.  But now I'm old, and blogging seems like something for the young and vibrant.  Anyway, I'm hoping to keep this updated with the progress of my short film "The National Park" as well as any exciting career updates, and maybe the occasional comic.

What is "The National Park"?

I came up with the idea for the film about a year and a half ago. It basically came into fruition off the back of another idea, which I decided was far too complicated to make on my own.

In a city of animals, society has decided that nature is little more than a nuisance. Its only value is seen to be as a tourist attraction and therefore it has been confined to national parks. One small wolf believes it is so much more and risks her safety by sneaking into the park every night and taking a little plant home to expand her own personal Eden. Maybe she'll get caught, but maybe she'll convince others that there's space for the natural world even in the middle of the city.

Well, first of all, I really wanted to make something of my own. I've worked on lots of series in recent years and they've proven invaluable. I've grown as a person and as an artist because of them but sometimes they're not very creative (which is surprising to a lot of people!).  I love to try my hand at new designs and creating new worlds so I wanted to find a space to do just that.

It was inspired by an article written by a British Naturalist (Chis Packham), warning us that we can no longer afford to put the natural world into small areas just because it is convenient to us, nor can we continue to fool ourselves into believing that is the right way of doing things. We already live in a world where we believe the natural world should obey our rules and our borders. Natural space for wildlife is something I'm very passionate about, and it felt right to make a film about something that resonated with me on a personal level.
Also, I really like to draw animals and natural spaces. Win-win.